Where Did You Go? 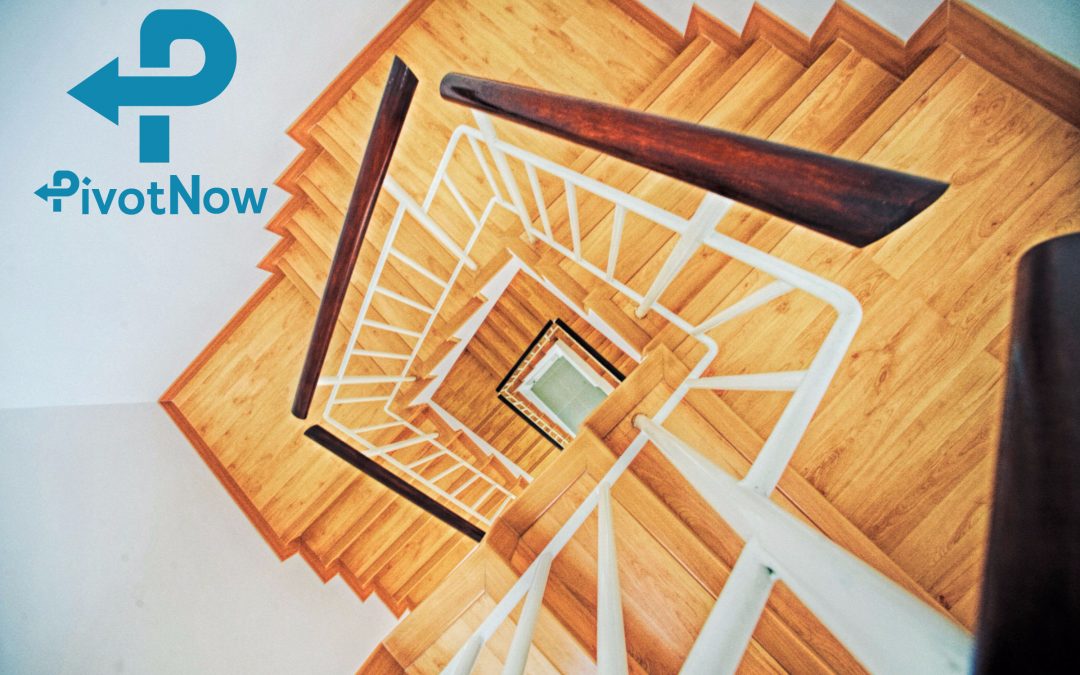 Have you ever had to turn around and make a sharp u-turn when someone else was following you? How did that turn out? Hopefully, not as poorly as mine recently.

We just got back from a family trip to the Smokie Mountains in beautiful Gatlinburg, Tennessee with my extended family this week. Each morning, our 4 families would spill out of our cabin rental in the mountains and head off to our desired local attraction.

On Thursday, we were heading home from Cades Cove where we explored the park in hopes of finding some docile black bears and other wildlife. Unfortunately, the only wildlife were my children, niece, and nephew that day.

On the way home, I was tasked with leading the group out of the park and navigating our convoy home through the mountains. Except there was one problem–the GPS was not working and I did not have a map. Remember maps? Those paper things that work when your phone does not have any reception in the mountains.

Without any device reception, I had to follow the local signs and use my general understanding of how to navigate with a compass back to civilization. The street signs provided a general idea that we were on the right path, but they were only visible at the onset of our trip out and then later on when we were just a few miles out from home.

We were a good 45 minutes in the mountains without cell reception at the time the trip home started, so it would be awhile before we got any confirmation that we were on the right path home. We could not communicate with the van containing the rest of the family behind us, so they were depending on me to get us to where we needed to go.

You might be asking, “Why didn’t you head back the way you came?” Or, “Did you stop to ask for directions?”

The answer to the latter is no–I had a good enough idea of where we were headed. Plus, how bad could it be to get lost in the backwoods of Tennessee filled with black bears, right? I could not hear any banjo picking and the bears were nowhere to be found all day.

Our trip that day started off a little rocky with a couple stops before heading to Cades Cove, so we came into the park a different way than we planned to get back home. This happens. You can’t always use the directions that worked in the past.

I discovered this truth immediately when I was nudged to start Andzeon in 2013. What worked for me at +$5 billion annual revenue business was not going to work in our technology startup, but more on that in a moment.

I missed a turn very early in the drive that would have put us back on the main roads where we would have had mobile phone reception leaving the park. Since I could not communicate with the family behind us, I had to make a decision. Keep heading down the path using the local signs. Or make a u-turn on our trek early in the journey without knowing if the navigation would be available going that direction. The signs did not say to turn left, but my gut tells me that it would have been a quicker trip on less winding roads.

Did I mention that the car in the back contained my sister-in-law that is 13 weeks pregnant? Winding roads were not so great for her and the baby.

We chose to stay the course. We managed to find a road that followed the Little Pigeon River back to Gatlinburg. Ultimately, the river guided us back to civilization and to mobile reception. I quickly turned it back on and had the navigation back to our cabin–except we now had a kid in our car that had to go to the bathroom really badly.

The navigation was screaming turn right towards the mountain where our cabin was located, but I chose to stay straight and head to the next gas station in town. Our convoy broke apart at this point as we pulled into the gas station. When I looked in the rearview they too were not taking the quickest path home.

We each pivoted near the end of the drive home. Eventually, we all made it back to the cabin unscathed.

When I co-founded Andzeon in 2013, I was pushed out of the nest. It was not my plan to start a business. I was looking forward to getting married to my extremely intelligent and beautiful bride, Lori, in June–not formulating a business plan or searching for a new leadership role. The tides were changing at my current company. Families were uprooting and moving to Minneapolis to assemble inside the headquarters like it was the Hall of Justice for the Justice League.

I was asked 2-weeks before my wedding date to make that move. I politely declined for the 100th time in my career with the company to make the move. The startup journey was about to begin.

You have an idea of what you want to do if you are entrepreneurial and dream a little. I love software. Specifically software as a service (SaaS) software. The days of on-premise builds and large support contracts that far outweigh the cost of the initial purchase to me seem like a dinosaur. Don’t get me started on downloads and send out disks. I had experienced it all in my career and I wanted to build software that lives in the cloud.

So, that is what we set out to do. I was the principal investor in Andzeon. Funding the whole thing out of my little bit of life savings and a whole lot of ego. I was successful in growing my career, so I felt like I could easily translate my resourcefulness into the world of startups. I’d been trying to side-hustle for decades and blaming my lack of success on time and money.

It was now, or never. Or so it seemed.

I could have used my severance package to give me the time to focus on finding another leadership role. Instead, I invested in my dream of being a successful entrepreneur with the full backing of my new bride. She believed in me and supported the decision to push forward on this new path.

The path was a pivot from what I had been doing for big companies for decades. I was going to be calling the shots and focused on building great software for marketing and sales professionals.

If you ever make the leap, don’t take on customers that are a bad fit for your organization. You inclination will be to take every dollar that is offered and expend the effort because you need cash flow. In the end, this decision was what toppled my dream and sent me back into an employee role–rather than being an employer. Bad customers have a way of taking up your time and not paying you for the value that you deliver.

When you are racing down the road without a map it sometimes takes foresight to pull over and ask for directions or turn around. My wife Lori provided that guidance. She saw what the business was doing to my spirit and the financial hole that I was digging supporting bad customers.

When I finally came to the realization that it was not going to work out long-term, I decided to get some more mentorship by returning to work for others. I hated the fact that I need to pivot again just 2 years into the entrepreneurial journey, but that was simply my pride talking–because every journey is filled with a cadre of doubters that want to see you fail because they are not brave enough or bold enough to make the leap.

If that is you, it is okay to pivot now. Head in a different direction and don’t hold on to the past.

For the last two years, we have been in stealth mode at Andzeon. In Silicon Valley or out East, that means that you are focused on funding and building a team and product behind closed doors. Here in Indiana in my part of the world, it meant that we have been running on fumes, put together a plan to relaunch, and figuring out what to build that can really deliver value that will sustain another run at this rollercoaster.

I’m still the principal investor in this business. I’m going to continue to take the Basecamp model of bootstrapping this business until someone convinces me of a better model for success.

What happened to all the blogs and resources once available?

I will add the blogs back to the site under an archive tag. Unfortunately, the sales and marketing products and resources have been put out to pasture.

What are you focused on now?

It means that our applications are focused on user engagement. A user that buys the application and stops using it is a failure in our eyes. Subscribers are the lifeblood of any good organization. Even if they are paying us and not using the application, we see that as a failure. We have oversold on our promise. We want engaged users–not just subscribers.

Insane Stacks are Out of Control

I have signed up and not used more SaaS applications than I care to mention that have failed miserably on the promise. I’m not alone.

Sometimes it is my fault and sometimes it is the application. I’ve stacked my plate with poorly thought out applications that don’t deliver on the expectations. In many cases their marketing team accomplished their role in breaking through the noise of obscurity, but the product failed on making me care.

If you are curious on how we exceed reach with our applications, I’m happy to have a discussion with you about your products.

Pivot with me now and let’s ascend out of the cycle where users have to switch from application to application in the hopes of finding the right fit.

Our family took our first trip together since the passing of my wife’s dad, David. He was the most exceptional human being I’ve ever had the privilege of knowing. He will be missed. One of the funny things that he did was to always honk when he was in a tunnel–always getting the last honk. The following video is of the tunnel leaving Gatlinburg and heading into Pigeon Forge. This is for you David.

We use cookies to ensure that we give you the best experience on our website. If you continue to use this site we will assume that you are happy with it.OkPrivacy policy